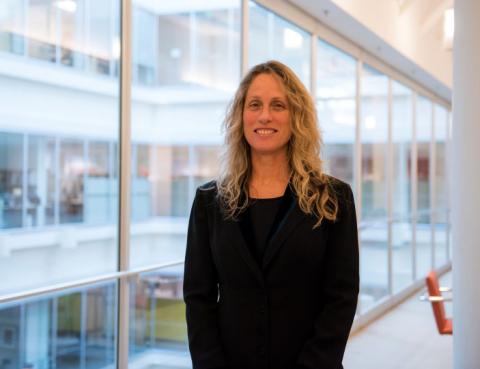 Mayor Edwin M. Lee today named Kate Hartley as the new Director of the Mayor’s Office of Housing and Community Development (MOHCD). Hartley had been serving in an Interim Director role since June, when former MOHCD Director Olson Lee announced his retirement.

“Kate has proven herself to be a tremendous leader who has earned the trust and respect of local residents and housing partners across the City,” said Mayor Lee. “She has dedicated her career to finding solutions to the affordable housing challenges facing this region. In San Francisco, we are committed to creating and rehabilitating thousands of homes, and we are thrilled to have Kate lead us through these busy times.”

“I am extremely honored to have this great opportunity,” said Hartley. “My colleagues at MOHCD and I are fully committed to providing San Franciscans with the best possible housing and community development resources, and we strive every day toward our goal of keeping San Francisco a diverse and equitable city. I would like to thank the Mayor for his unwavering support of this work.”

Prior to acting as the interim director of MOHCD, Hartley served as the Deputy Director of the office, starting in 2014. Hartley has 25 years of housing experience, including time spent in nonprofit and for-profit development, as well as in public service for the San Francisco Redevelopment Agency, where she worked as a Senior Development Specialist. She started her career in the field as a nonprofit developer, building affordable homes in the Bayview and Western Addition neighborhoods.

“Kate Hartley brings a unique combination of knowledge, values and effectiveness to this position,” said Donald Falk, Chief Executive Officer of the Tenderloin Neighborhood Development Corporation. “She has earned the respect of the entire community and is perfectly suited to lead the Mayor’s efforts to create more affordable housing in the City.”

“Kate has a big heart and the smarts to get affordable housing done in this city” said Reverend Norman Fong, the Executive Director of Chinatown Community Development Center. “As interim MOHCD director, one of the first things she wanted to do was to see our SROs (Single Room Occupancies) in Chinatown. As I took her around, I could feel her empathy. She has already started to work on a few projects that could help SRO families in the city. She has won over my heart and has given hope to the SRO families she has visited.”